The City of DeSoto will host the Juneteenth Celebration and will join forces with Lancaster, Cedar Hill, and Duncanville. The community is invited to bring lawn chairs or blankets to enjoy a family-friendly event.

Shuttle Services will begin from 5 p.m. to 11 p.m. Service will be provided at Disciple Central Community Church at 901 N. Polk St. and Golden Rule School at 135 W. Wintergreen Rd.

Community participation is the key to making this event a success. The City of DeSoto would like to invite your organization to be a part of this fun-filled event through active participation or financial support. Opportunities are available for community non-profit organizations for fund raising or to promote your organization. Local businesses can set up a booth to promote your products or services. We will also have an area for commercial vendors to sell their products. Click here to view the vendor application.

Be Apart of the Fun, Sponsor our Event

The DeSoto Parks and Recreation Department has a unique opportunity for you and your business. Click here for Sponsor details. Click here to download a Sponsorship application form. 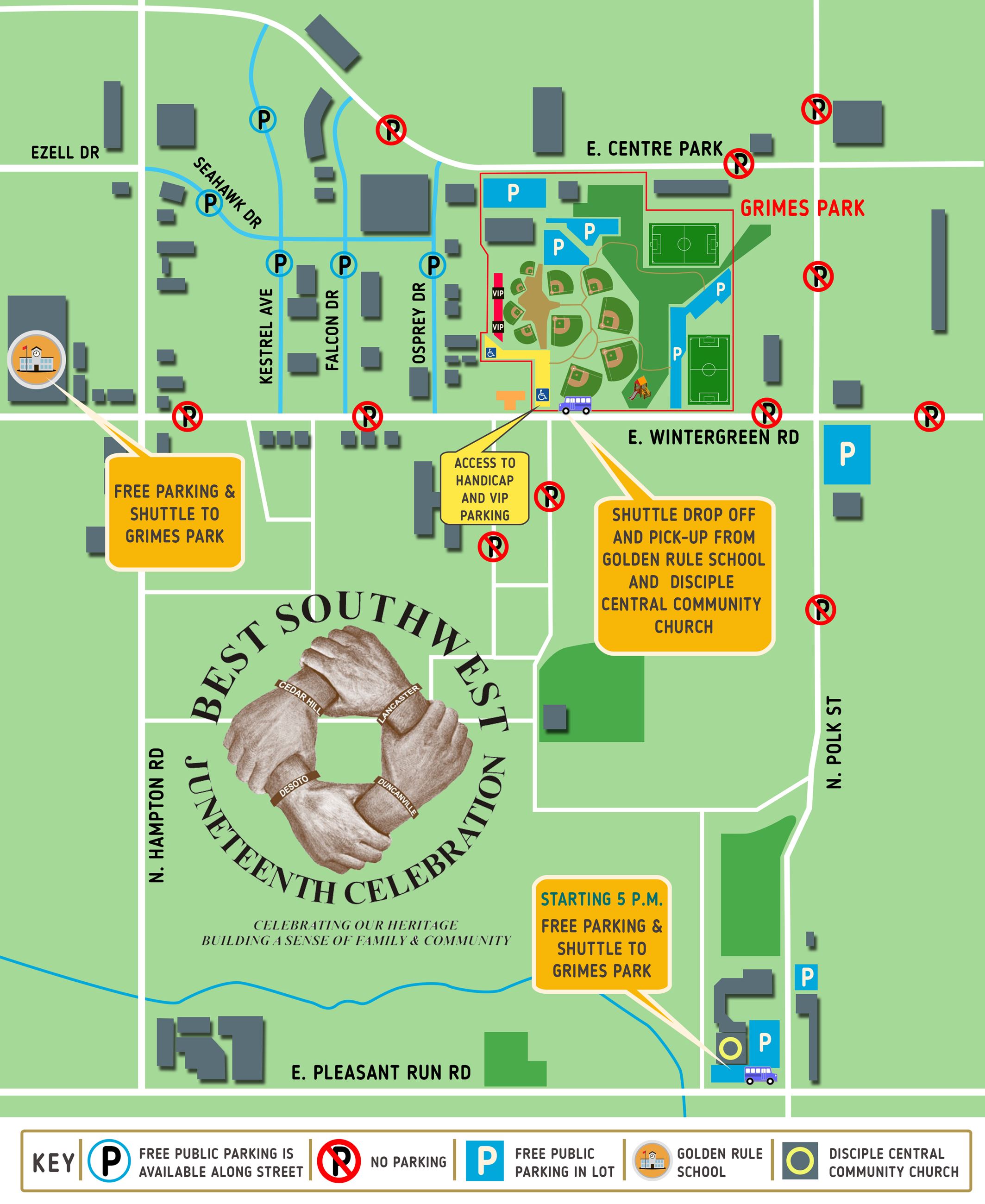 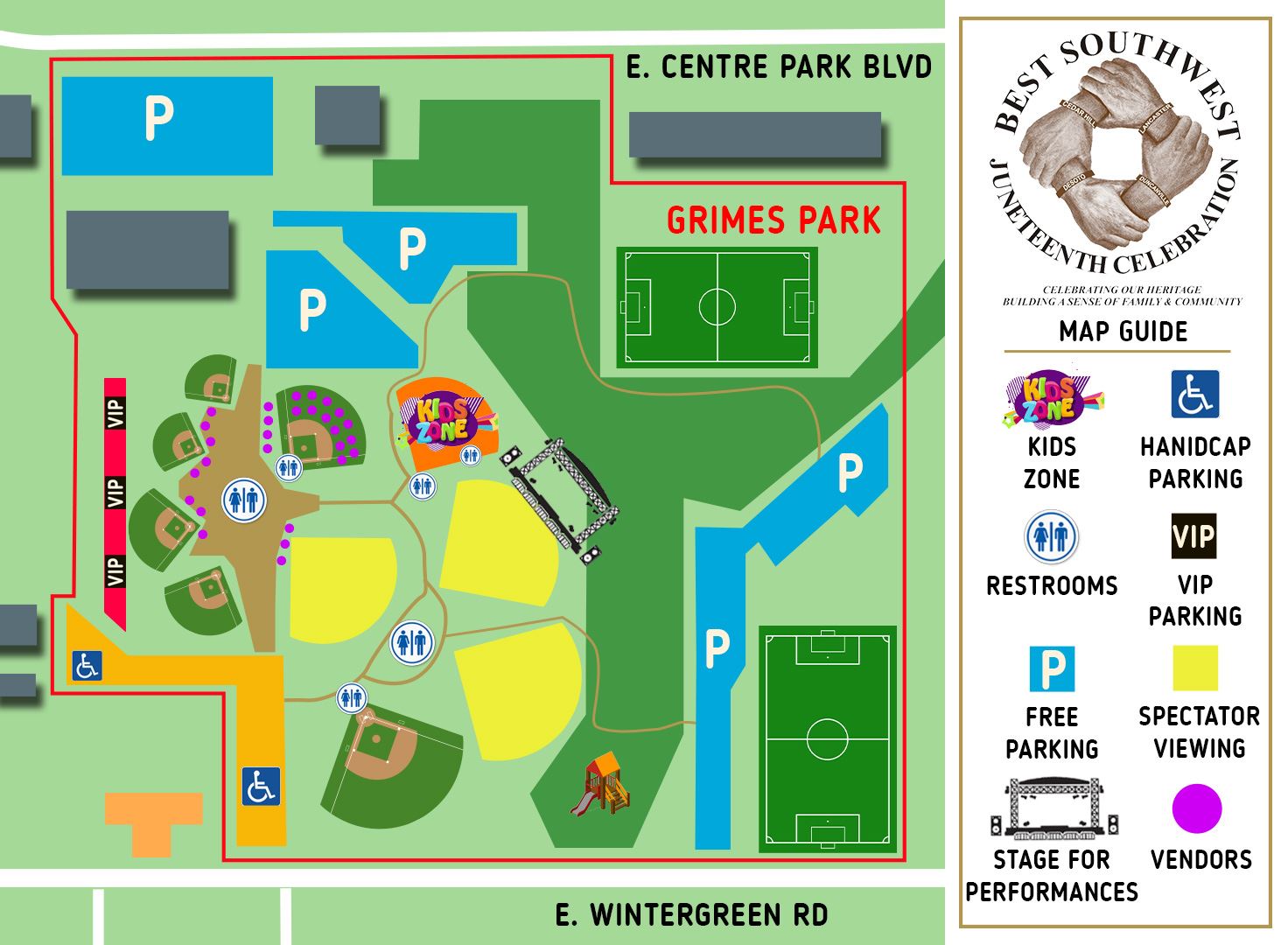 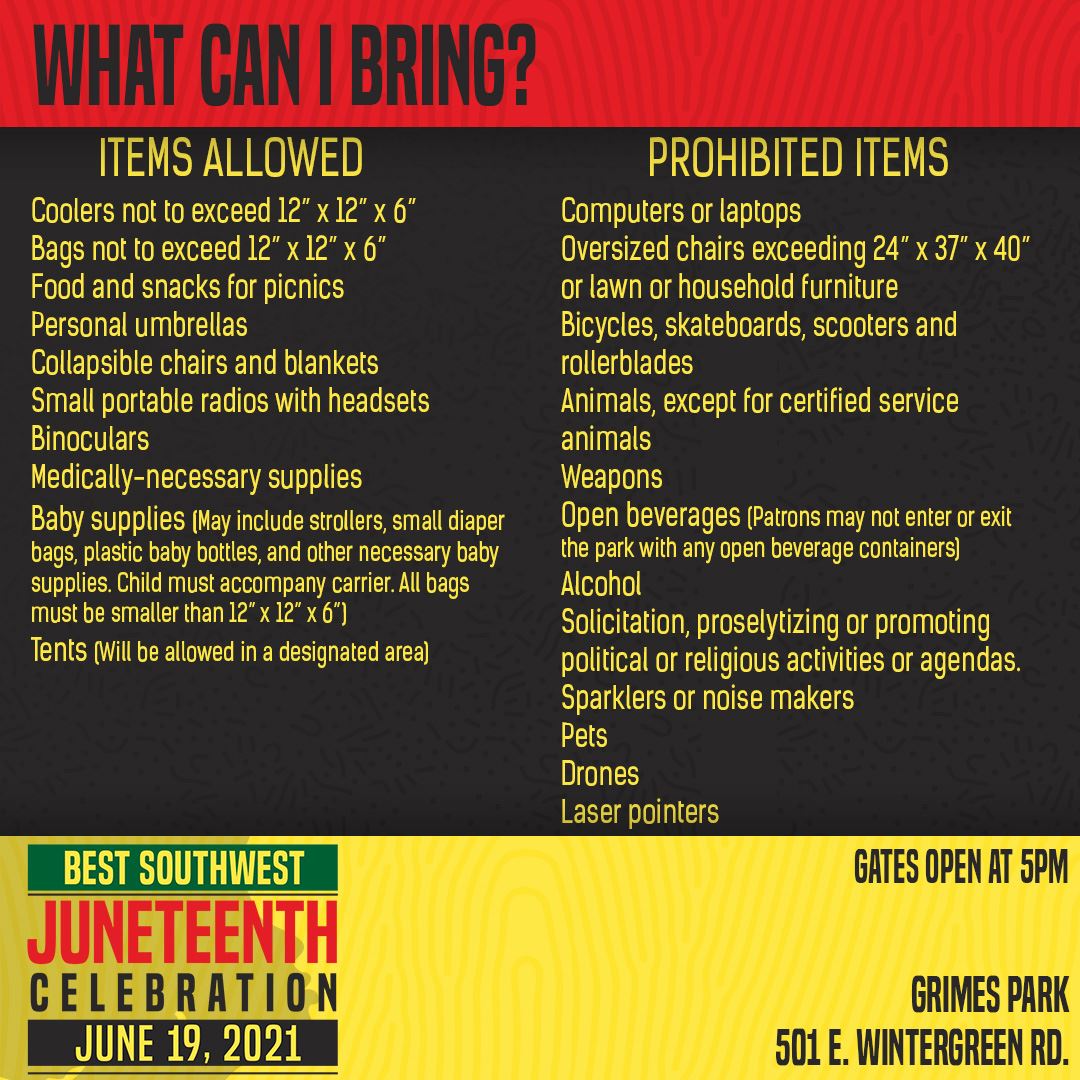 The Best Southwest area which includes DeSoto, Duncanville, Cedar Hill and Lancaster is so named because of the cities’ ability to work together on projects that benefit Southern Dallas County. On June 19, 2004, these cities cooperated once again on a history making event by co-sponsoring a first-ever Best Southwest Juneteenth Celebration. The event rotates to each city every year.

Juneteenth is the oldest nationally celebrated commemoration of the ending of slavery in the United States.  Dating back to 1865, it was on June 19th that the Union soldiers, led by Major General Gordon Granger, landed at Galveston, Texas with news that the war had ended and that the enslaved were now free. Note that this was two and a half years after President Lincoln’s Emancipation Proclamation - which had become official January 1, 1863. The Emancipation Proclamation had little impact on the Texans due to the minimal number of Union troops to enforce the new Executive Order. However, with the surrender of General Lee in April of 1865, and the arrival of General Granger’s regiment, the forces were finally strong enough to influence and overcome the resistance.

Later attempts to explain this two and a half year delay in the receipt of this important news have yielded several versions that have been handed down through the years. Often told is the story of a messenger who was murdered on his way to Texas with the news of freedom. Another, is that the news was deliberately withheld by the enslavers to maintain the labor force on the plantations. And still another, is that federal troops actually waited for the slave owners to reap the benefits of one last cotton harvest before going to Texas to enforce the Emancipation Proclamation. All of which, or neither of these version could be true. Certainly, for some, President Lincoln's authority over the rebellious states was in question   For whatever the reasons, conditions in Texas remained status quo well beyond what was statutory.

Juneteenth today, celebrates African American freedom and achievement, while encouraging continuous self-development and respect for all cultures. As it takes on a more national, symbolic and even global perspective, the events of 1865 in Texas are not forgotten, for all of the roots tie back to this fertile soil from which a national day of pride is growing.

The future of Juneteenth looks bright as the number of cities and states creating Juneteenth committees continues to increase. Respect and appreciation for all of our differences grow out of exposure and working together. Getting involved and supporting Juneteenth celebrations creates new bonds of friendship and understanding among us. This indeed, brightens our future - and that is the Spirit of Juneteenth.