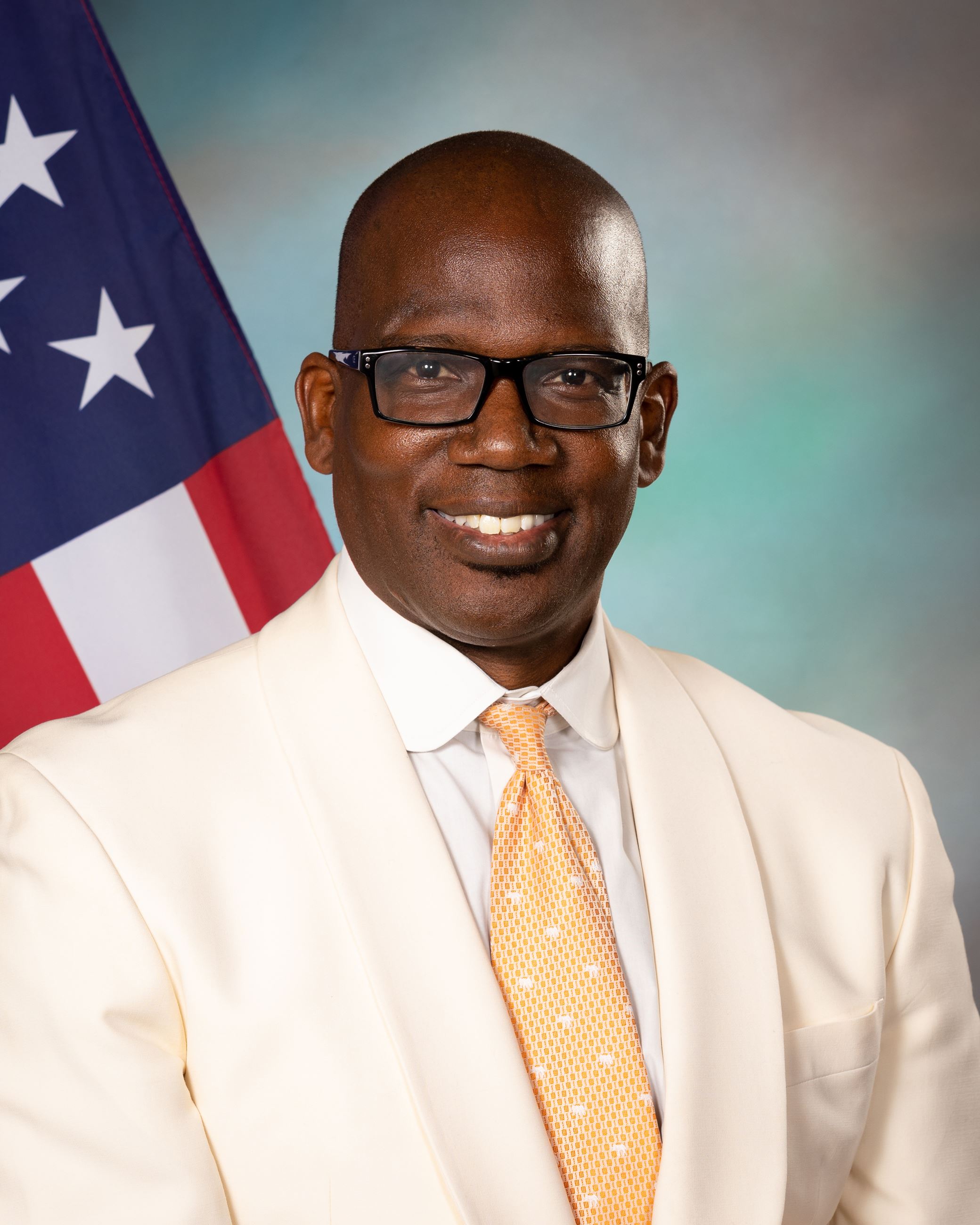 DeSoto’s Managing Director, Chris Glover, has been a consistent and central figure in the Nationally Accredited Parks & Recreation Department. He has spent over two decades guiding parks and recreational operations in DeSoto.
Chris received a degree in Physical Education while competing as a collegiate football running back. Upon graduation, he began working for the Parks & Recreation Department for the Town of Flower Mound as their Recreation Specialist. Over the course of the next eight years, Chris taught and coached at a variety of districts in the Houston area. After leading his basketball team to a state tournament appearance, Chris was recruited and returned to his passion, Recreation Administration. On January 7, 2000, Chris accepted the Recreation Manager position with the City of DeSoto. Throughout his tenure in DeSoto, Chris has been responsible for overseeing numerous construction projects including:  Grimes Baseball Complex, Moseley Aquatics Water Park, Meadow Creek Football Complex, the Recreation and Senior Center renovations, and Zeiger Softball Complex. Chris has overseen operations and managed all programs offered within the department. He has conducted multiple Youth Sport Forums and developed strategic action plans to improve the effectiveness of each Youth Sports Program. Not only has Chris been responsible for renovation projects and conducting forums, he has also had a significant impact economically within the City of DeSoto. Chris has solicited tournaments that provide an economic impact in excess of five million dollars annually.
Throughout Chris’s tenure, he has established long term relationships with various DeSoto citizens, sports associations, homeowner’s associations, and school districts regionally and nationally. He continues these relationships with proper planning, acknowledging issues, and solving problems. Because of his unique relationships, Chris has received numerous awards, letters, and certificates of appreciation and recognition. He has served as an Executive Director for the Texas Amateur Athletic Federation in addition to being recognized as Recreation Professional of the Year with the Texas Recreation and Parks Society.  He implemented the National Recreation and Parks Society Accreditation process within the Department and is a graduate from the National Recreation and Parks Association’s Directors School.